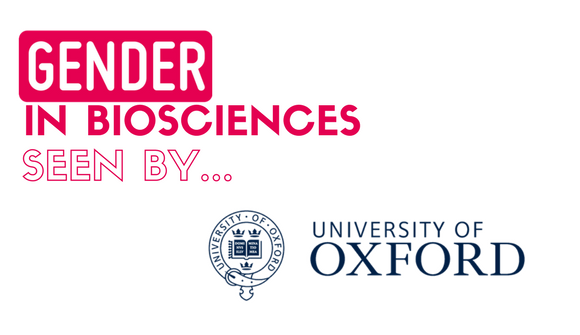 Dr. Laurel Edmunds –  is a Senior Research Fellow working in collaboration with the NIHR Oxford BRC and relevant researchers across the University of Oxford. She is currently leading on a series of systematic reviews evaluating women in academic medicine and research efficacy in the NIHR Oxford BRC.

1. How do you understand Gender in biosciences research?

Gender is of growing importance in bioscience research for two main reasons. First, women should not be disadvantaged or treated differently in the workplace just because they are women. Second, as more and more women are going into scientific careers, they are bringing new perspectives and alternative approaches. We cannot afford to lose these resources from the biosciences.

2. What are the current standards and actions to achieve better Gender in your University and in your country?

Since 2008 we have had the Athena SWAN Charter for improving gender equality in sciences in the UK. Higher education institutions sign up to the Charter and then apply for an award (either Bronze, Silver, Gold) and complete applications with supporting evidence, and submit these to the Athena SWAN organisation. Bronze requires an assessment of gender equality, a 4-year action plan and an organisational structure that can deliver the plan; Silver is awarded when a department has delivered and shown an impact from these actions; Gold these are maintained and the department supports others. Few science departments hold a gold award as they are difficult to get and keep. There is now a similar Charter for other disciplines too, so gender equality is being improved right across UK higher education institutions.

3. What are you aiming for with the implementation of the STARBIOS2 actions towards better Gender standards for your institute?

The Oxford Biomedical Research Centre (BRC) holds 14 Silver Athena SWAN awards so our work is set against a very active gender equality background. One area that has not been addressed is the role that gender plays in publications, grants and patents for example within the Oxford BRC. So we are going through all the old data right up to the present date, to see what differences there are over time and if these are changing; for example, is there an increase in the number of women who are first in the list of authors. Most importantly we are developing a new way of recording these metrics so that these will always be gendered in the future. We will also interview women (and some men) to get their opinions about the best ways to collect metrics that are fair to both genders, and which metrics they think should be included.

4. What kind of actions are you going to establish to fulfill your objectives?

We are currently applying for ethics approval so that we can develop the questionnaire, run surveys and carry out the interviews. We have the full support of the Oxford BRC and we are aiming to run the questionnaire online just after the start of the next academic year. This also include the interviews where we can discuss the new metrics and other topics like their training/support needs, their experiences of Athena SWAN and their understanding of RRI. When we have finalised the instrument, the Oxford BRC intend to use this for future reporting of outputs to their national funders. We are hoping that the funders will be interested in asking all UK BRCs to use it for their reporting.

5. Who is involved, from your University, in the AP in order to complete your final objective?

This work is quite academic as it needs to be a robust way assessing outputs from BRCs funded with £millions. Experienced researchers – myself and Pavel Ovseiko and the new research assistant will do most of the research work, but with important contributions will be made by Vasiliki Kiparoglou and Lorna Henderson from the Oxford BRC. We will also involve the Medical Sciences Division’s Athena SWAN team so that we align with their aims and ambitions.