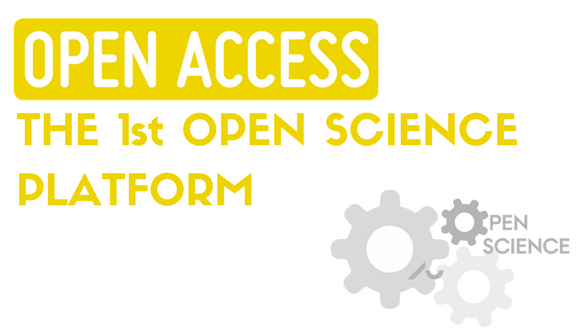 An innovative free of charge tool

Along with a number of leading Danish industrial companies, Aarhus University has opted out of the academic and patenting rat race in a new collaboration on basic research of relevance to industry. Researchers and companies from all over Denmark have the opportunity to publish their results and data on the innovative Open Science platform, where the information is available free of charge to everyone interested.

Established with funds (DKK 2.5 million) from the Danish Industry Foundation, the platform combines basic research with industrial innovation, ensuring that industry and universities get greater benefits from each other’s research and technology. The Open Science platform breaks the barriers that make it difficult and expensive for companies to gain access to the part of basic university research that is most relevant for them. It also addresses a number of major challenges facing basic research, in particular in Denmark, where both researchers and grant providers focus increasingly on safe bets.

Why creating an Open Science platform?

The aim of the Open Science platform is to have university researchers and companies collaborate to create basic new knowledge that is available to everyone – and which no one may patent. However, everyone is subsequently free to use the knowledge to develop and patent their own products. The interest for such an idea of collaborating in a patent-free zone is enormous among companies that otherwise use substantial resources on protecting their intellectual property rights.

The first platform focuses on smart materials and initially covers twenty companies, including Danish industrial flagships such as ECCO, LEGO, VELUX, Vestas, Grundfos, SP Group and Terma – as well as researchers at the chemistry, physics and engineering departments at AU and other Danish universities.

The new platform could prove transformational: “Other research environments are completely free to imitate us and to copy and paste our model. We hope this will happen. At the rate the project has spread until now, I predict that Open Science can have the same impact on the scientific ecosystem associated with basic research that Internet streaming has had on the music and film industry,” says Professor Kim Daasbjerg, iNANO, who is the initiator of the project and the person in charge of the platform.

Will the concept of Open Science work abroad?

The initiative has attracted interest abroad, and the British Department for Business, Energy and Industrial Strategy has approached the university with a view to entering into collaboration. Such a collaboration involves creating and sharing knowledge about what value is created for research and society by openly sharing research data, with a starting point in SPOMAN[1] and two other Open Science initiatives – the Structural Genomics Consortium (SGC) in Oxford and the Montreal Neurological Institute and Hospital (The Neuro) in Canada.

According to Aarhus University, the Open Science platform is the source of a number of paradigm shifts. It not only breaks away from the focus of universities on patenting their discoveries, but also constitutes a rebellion against the business model used by scientific journals. Subscription to important journals is very expensive, also for institutions whose researchers provide the content. The journals assume copyright of the researchers’ articles, meaning that the authors have to pay in order to share their content with the wider public. “Patents and sales of licences run at a loss for most universities. In addition, the Danish Patents Act does not allow for Open Science, where basic research is carried out in a melting pot before you know whether any business can come out of it,” explains Professor Daasbjerg, hoping that the Open Science platform will develop into a movement for openness in basic research.

[1]SPOMAN (Smart Polymer Materials and Nano-Composites is the first Open Science platform and its website is publicly accessible, see http://spoman-os.org/.