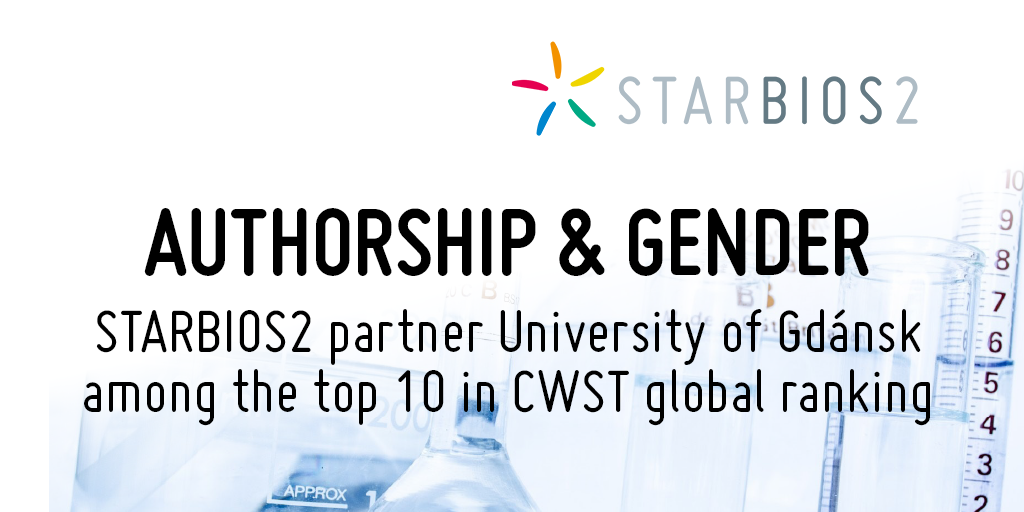 STARBIOS2 partner University of Gdánsk among the top 10 in the CWTS Leiden global ranking of the share of female authorships of scientific publications!

This is the first time the gender diversity was used as an indicator for rating. The list is part of the annual international CWTS Leiden Ranking 2019 and measures academic activity of universities around the world. based on the scientific publication. Between 2014 and 2017, female researchers held approximately 30 percent of all authorships. 963 universities are included in the ranking.